The new generation of milk fever prophylaxis has arrived

Based on years of laboratory and animal studies, phytogenic agents have been identified that significantly improve calcium uptake. This unique and new technology has been integrated into our PerformaNat Calciumbolus and supports your cows in the particularly sensitive transit phase.

If you are looking for a natural solution for optimal cow performance, choose PerformaNat Calcium bolus.

So that your cows fly up instead of lie down! 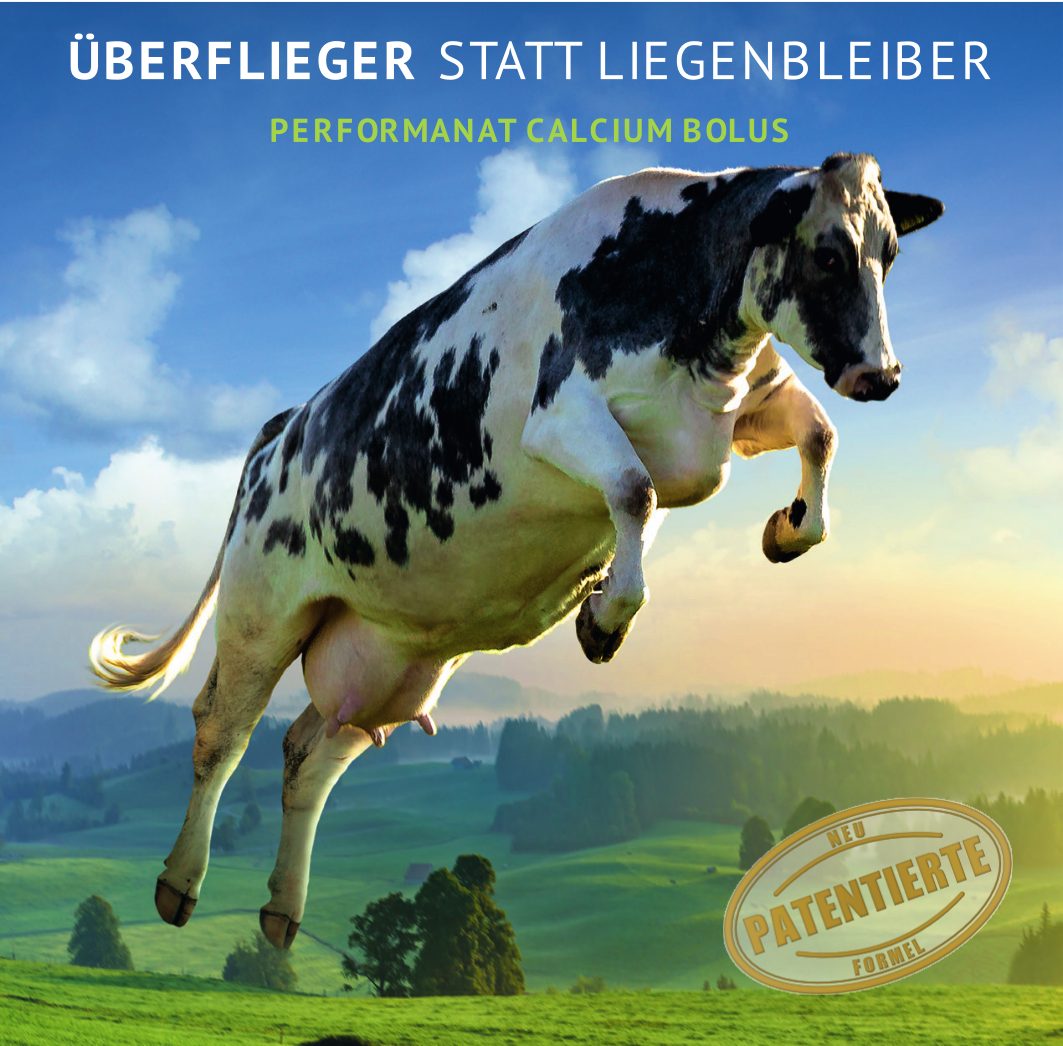 The Jürgenstorf farm has been keeping dairy cows since 1979. In GDR times, the farm was a gene reserve for British and Canadian Friesians. Today about 520 cattle live here, new stables and the conversion from herringbone milking parlour to milking robot are planned for the coming years.

The farm Jürgenstorf had considerable problems with milk fever in February 2019. Due to a high proportion of older cows and the poor basic fodder harvest of the previous year, herd manager Markus Pohl had to treat many down-lying cows and was looking for a solution to the problem. 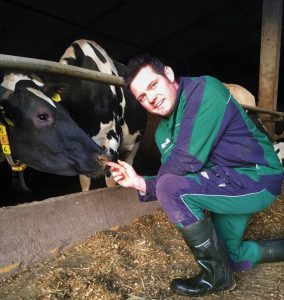 Why did you decide to use PerformaNat Calcium Bolus?

“On the recommendation of the RinderAllianz sales representative, I spoke to Dr. Rühle, who introduced me to the bolus: a calcium bolus that also contains active plant ingredients that influence calcium absorption. Since we had so many problems with milk fever during that time, I wanted to try something new.”

How do you use the PerformaNat Calcium Bolus?

“We enter the bolus 4 times as recommended. All cows from the 2nd lactation on get the milk fever prophylaxis, the first entry 4-12h before calving is the most important. When the cow udders swell, they get the first input of bolus – then they start well into lactation. The next one is right after calving, when we first go to the calf and milk colostrum. We give the last boluses 12-24h and 36-48h after calving.”

And what happened then?

“I was really impressed – it worked from one day to the next. Even our old ladies started the lactation well. We barely have any down-lying cows and also the cows with shaky gaits and cold ears have become much rarer. With the 4 inputs the cows are optimally supplied.”

What convinced you most about the PerformaNat Calcium Bolus?

“The bolus is very unbreakable and smells pleasant. Others taste bitter, our cows don’t like that, but with PerformaNat Bolus it’s different. Since we have been using the bolus, we have had hardly any down-lying cows. And if there is one, it usually only needs one infusion to get going again. In the past we often had to give 2-3 infusions, lift the cow for milking and it often took days until she was fit again. We don’t have this amount of work anymore. So I like to invest the time in the bolus inputs.” 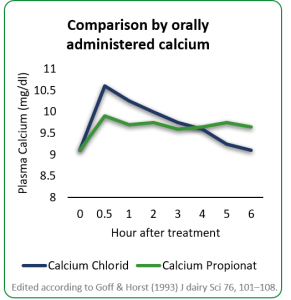 The PerformaNat Calcium bolus contains an organic source of calcium, which constantly releases calcium in the rumen over a longer period of time. It also does not irritate the mucous membranes and is therefore both effective and gentle. For the supply of at least 40 grams of calcium, 2 boluses are entered simultaneously.

More than 50% of the calcium in ruminants is already absorbed in the rumen.

For this reason, the PerformaNat Calcium bolus contains patented phytogenic agents whose effectiveness has been confirmed by years of research. The active substances used specifically activate the transport proteins in the rumen and scientific studies show that calcium uptake via the rumen tissue can be increased by up to 50%.

During the calving period the cows eat very little and their rumen mobility is diminished, which is additionally intensified by a lack of calcium.

The phytogenic active ingredients in the PerformaNat Calcium bolus stimulate the appetite. This promotes not only rumen mobility, but also salivation. The buffering of the rumen pH value is improved and the absorption of nutrients is increased. This effect has also been confirmed in feeding studies.

Calcium is absorbed via special transport proteins. The rumen contributes significantly to the absorption of calcium, whereby the potential is not fully exploited. Through the PerformanNat Calcium Bolus, the calcium arrives in the rumen, where the patented phytogenic active ingredients in the bolus activate specific transport proteins, whereby calcium can be better absorbed into the bloodstream. These selected active ingredients are tailor-made for the cow.

This significantly reduces the risk of developing subclinical or clinical milk fever.

The new Calcium bolus combines the previous concept of the targeted application of calcium in combination with patented phytogenic active agents.

To reduce the risk of milk fever and improve feed intake 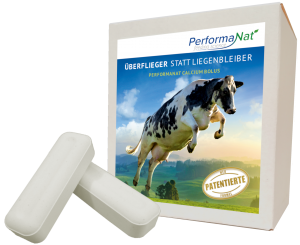 For all cows from the 2nd lactation and beyond

With our input device 2 boli can be entered at the same time.

For further information please contact us at 030 265 75 500 or alternatively at sales@performanat.